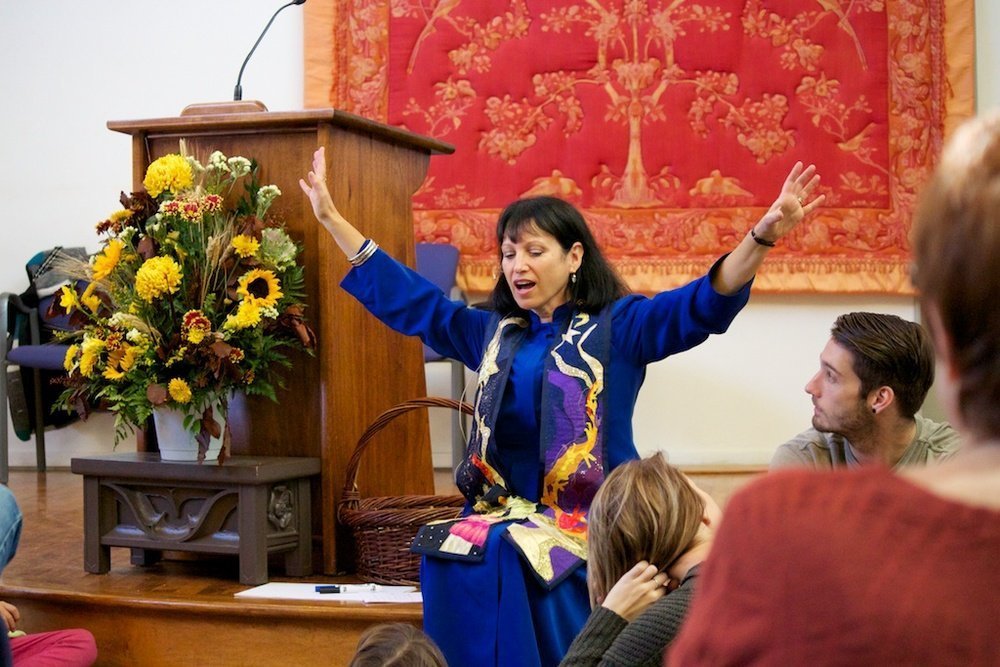 Let’s be honest. We often begin with preconceptions and judge before we’ve even had time to ask the questions. How do we shift our patterns and embrace new ways of thinking?

In 2006, Rev. Diane Rollert became the 11th settled and first female minister of the Unitarian Church of Montreal since its founding in 1842. She completed her studies in parish ministry and Masters of Divinity at Harvard Divinity School in 2005, after careers in the online information industry and education.

Diane is originally from the US and has studied in Mexico and Spain, lived in Luxembourg, and has spent much time over the years with her husband’s family in northern Italy. She has a passion for languages and communication, having learned to speak French since she first arrived in Montreal. She also speaks Italian and can often resuscitate her Spanish. She has a great love for the UU communities of the Philippines, as well as a strong connection to the Gaspésie, where she visits each summer.

Join us for lunch (please bring a dish to share).

This service will include a number of guests from the EUU who will be in town for their Coordinating Council meeting.

Dimitri is  a  soloist who has played with  Orchestras around the world including  the Royal Philharmonic in Berlin,   the  Dutch  Symphony Orchestra in Berlin, and   the Philharmonic in Japan.   As an active chamber musician,  he has performed with many quartets   and partners . He gives  master classes around the world and has made numerous CD’s.  Some will be available after the service.

Krisztina is  a concert pianist   who has  given recitals  around the world and has played with  many orchestras and chamber  ensembles including  the New York Philharmonic  Ensemble, the  Vienna  Chamber Orchestra,  the Bern Symphony Orchestra,  and many others.  She also  gives master classes for the piano.

Due to the start of the school break for summer, with most families away, we will not be providing specific children’s programming. They are welcome at service.